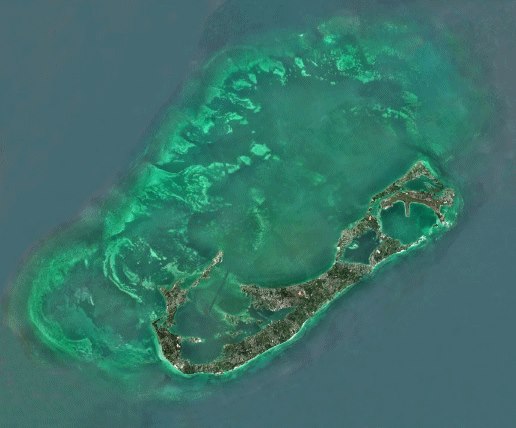 With a mild, frost free climate, Bermuda’s temperatures rarely dip below 65 degrees in winter or pass 85 degrees in summer. The sub-tropical climate is dictated by the Gulf Stream, which passes by the island as the seasons slip from spring to summer and back again. The Gulf Stream also tempers the ocean winds, and when south winds prevail, the humidity rises and sometimes thunderstorms occur. The highest humidity months are July and August. Temperatures rarely drop below 55 degrees F or exceed 90 degrees F. The lowest air temperature ever recorded was 43.6F. The highest was 94F. Water temperatures are much the same as the air temperature, usually two or three degrees cooler..Rainfall is consistent through the year, averaging 4 inches a month, and is always welcome as it is the island’s water supply – Bermuda roofs function as a catchment system for each home. For the most reliable weather report, visit www.weather.bm.